Important notice: Shop closed 20th-26th May whilst away on holiday, orders placed during this time will be shipped 27th May, sorry for any inconvenience caused

Beginning of my new job

3 weeks ago I started my first (proper adult!) job as a graphic designer at LCWS Recycling Ltd and their sister company Rapid IT. So far I have to say I am really enjoying it, everyone has been so friendly and welcoming, I was so nervous on my first day but after speaking to everyone this soon faded. It feels so good going to work to do a job I enjoy and love.

Within the first week, my first task was to design some new business cards for LCWS employees. The design they currently had was like this –

I had been told they wanted a corporate and clean look so came up with several initial design concepts.

They liked the idea of using an image faded in the background, specifically the one with the diagonal line across so these were developed further with a few extra concepts too. As I started to learn what style they liked it became easier for me to come up with ideas quicker.

After creating this second set of designs I printed them off and they were handed around at work for opinions on who liked what.

Everyone really liked having the QMS logo’s on the curve as it made use of them rather then just dropping them onto the card. We also decided to remove the background image as when the card was test printed the text got lost. The environment agency logo was removed as it did not need to be there so made more room for blancco’s logo and then the font was changed to Helvetica. The company font that was being used before was quite ‘flicky,’ I suggested Helvetica as it looks cleaner, is easier on the eyes and has a more corporate feel to it.

Eventually, after having some practice ones printed on recycled paper we decided on a couple of small changes then had them made and printed for everyone on gloss cards. Originally the recycled ones seemed like the route to go down as they reflected the companies principles as they are recycling business, however, the quality of them was poor (they were flimsy and fraying at the edges). There was also no mention anywhere of them being made of recycled material. The new glossy ones that were printed looked 10x better. Here are the final designs and photos of them –

After creating this layout and style it was used across other merchandise for LCWS ready for a Cyber Seminar they held this week. I created mugs and mouse mats which were just quick tasks.

The current leaflet they had was quite simple, the logo and some text outlining 5 of their main services. I didn’t think it was very visual as there was only one image on there which did not really represent what they did as a company.

To show off the services of the company I drew out 5 illustrations starting off as very quick sketches in my sketchbook to then creating them on my Wacom tablet using illustrator. I stuck to the company colours to keep it visually pleasing.

Using these illustrations, and the layout from the business card this was the leaflet designed for the LCWS side after a couple of minor changes. As I had a “style” to stick to now the amount of concepts significantly decreased compared to the business cards. 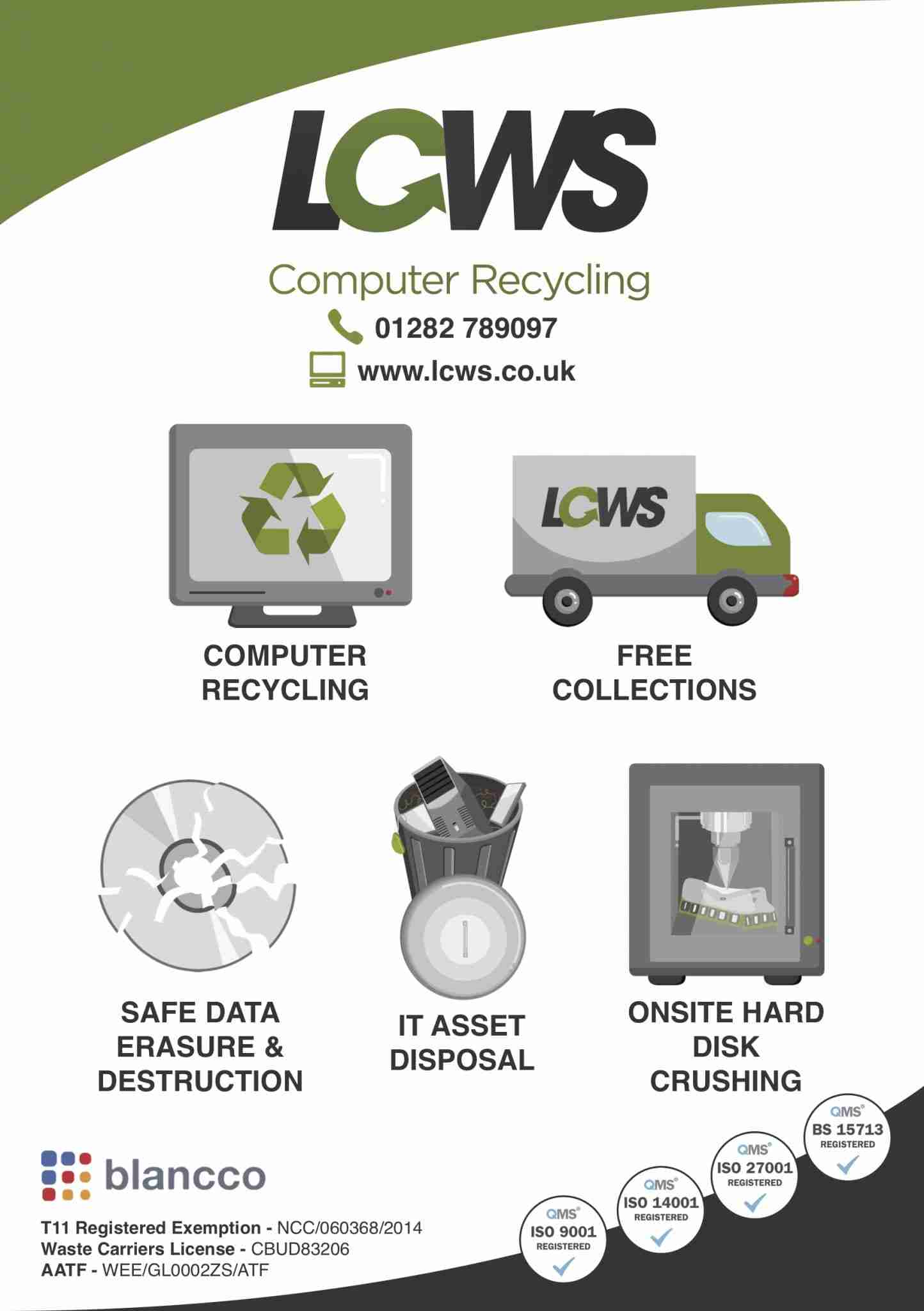 All this was created for the Cyber Seminar held at our building on Wednesday. It was a really good feeling seeing my design work everywhere and the day went really well.

(all photography done by me, that has been my other job on top of graphic design work :D)

A couple of computer donations that LCWS have carried out to The Whitehough Centre and Blackburn youth zone were done whilst I was there and I was asked to photograph these happening for PR and social media.

The MD wants the logo for Rapid IT changing to a simpler look so I have been coming up with concepts in between other work tasks. These are the current ideas, let me know what you think so far –

As well as all this I have done other small tasks too, starting to create the designs for letterheads and footers, creating interactive forms for job/inspection sheets and T&C’s layouts. I have just added some photos of these bits of work too.

As you can see I have had a very busy first 3 weeks! I will make sure to keep my blog updated weekly from now so my next post isn’t so long! ?